Power House Records presents Liquid Space, Doctor GoA with their latest track titled Our Mission. Power House proudly delivers a very special collaboration concept album by leading progressive goa psytrance talent: Liquid Space & Doctor Goa! Our Mission instantly embarks deep into outer space as your flight suit is sealed and the onboard sound-system delivers the initial impulses directly to your brainstem. Your mission you have chosen is the true story of our techno-tribal space dwellers arriving on Earth and formulating a new breed of beings capable of wondrous powers but having forgotten how to unlock this secret! The mystery is hidden in 9 segments requiring voyages around the cosmos and finally back to Earth with the key components fully assembled becoming the salvation for humanity to unlock the knowledge that has been kept from us for countless generations since our forbearer\'s encoded our DNA with harmonic sequence that once triggered will bring about enlightenment to not only our world but also billions of other planets on the verge of similar breakthroughs. We are all connected even across vast start systems since there is no time or space when dealing with quantum probability. Access the collecting wisdom of the past and future through matrix manifold in our own psyche! These sonic wizards offer the path to engaging your inner power. Both artists have already released many tracks on top labels like Iono, Ovnimoon, Power House, Goa Records, USTA, Prog On Syndicate and more. Denny aka Liquid Space is ready to delight the dance crowd with his very own progressive trance style, which comprises deep driving bass lines, escorted by warm, never persisting melodies and surrounded by atmospheres which only can be created with long lasting experiences and excellent skills. His live set comes along as a mature production work, showing liquid Denny\'s special penchants for a crystal clear and crisp sound and proving his patience for pedantic detail work in sophisticated arrangements. He has been producing trance music since 1998. Since then Denny has been developing his own unique style and is getting more attention in the global trance scene. Liquid Space has played many events so far. Summer Never Ends (CH), Fusion Festival in Germany, Fullmoon Festival in Germany, Global Underground in Ireland, P1club in Germany, Firestarter in Austria, MetaSphere in CH, Nachtwerk Club in Germany and some Clubs in Swizz (Stairs CLub, Frieda?s Buxe). Liquid Space is working on is second album which is slated for release with Prog On Syndicate Records soon. Manuel D. \"DJ Doctor Goa\" is living in the \"Black Forests\" near Karlsruhe/Stuttgart, Germany. In the year 1998 Doctor Goa came into the psyscene and plays his kind of sound since the year 2002. First he used Traktor DJ studio to produce his first mixes and some years later he bought some pioneer dj equipment to be able to produce more professional. In the year 2007 he founded the Psyborx dj team together with dj botanic blue, an old good friend of him. In 2009 Doctor Goa found with his old friend liquid space a vision for self produced progressive psy tracks. So they have begun to makes produced progressive psy tracks to found more inspiration for celebrating this sounds all around the world. With his music the doctor wants to send a message of love, peace & unity to all spiritual, dancing and psychedelic people around the world.
Tag Power House Records 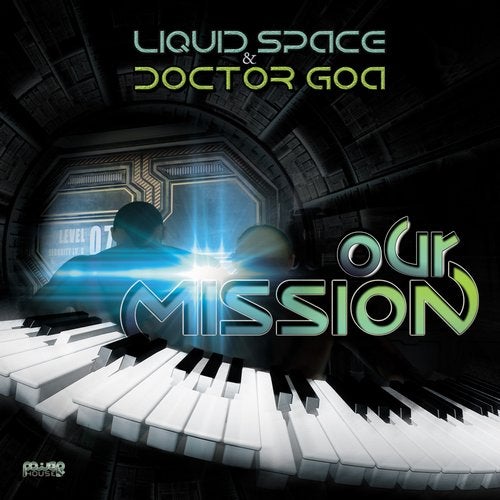